The colors used in the fold map, and the fold ranges represented by each color, are now highly configurable. A different color scale can be set for each offset zone.

The new options are available on the Fold Display tab of the Fold Configuration dialog. 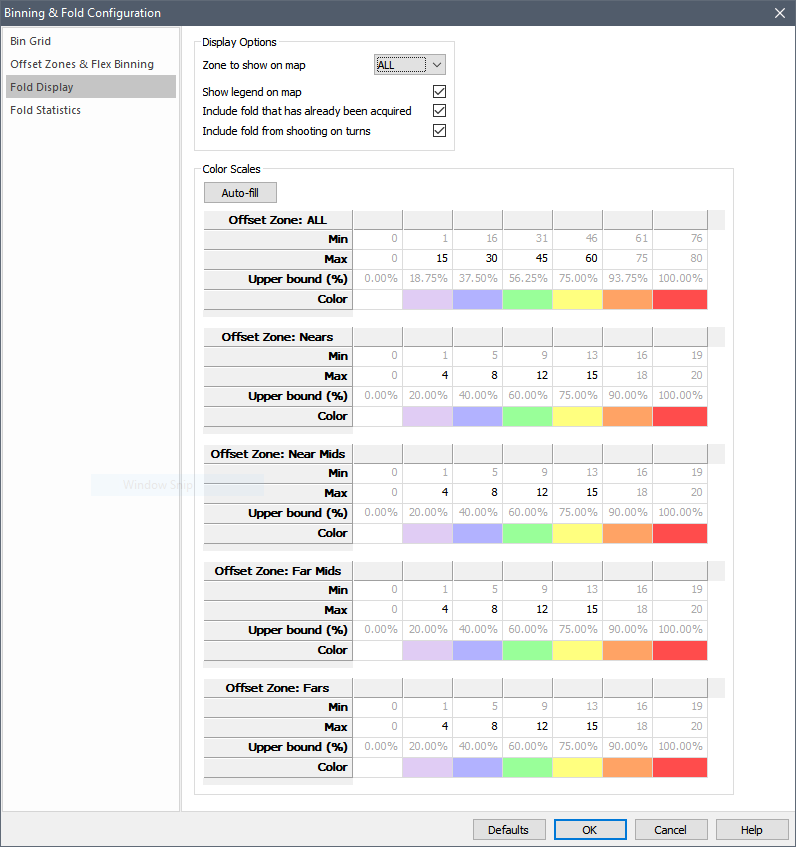 Include fold from shooting on turns, and from acquired sequences

Fold from shooting on turns can now optionally be included in the fold map and Fold Statistics display.

In Planning Simulator mode, fold from completed sequences can also optionally be included.

The new options are available on the Fold Display tab of the Fold Configuration dialog. 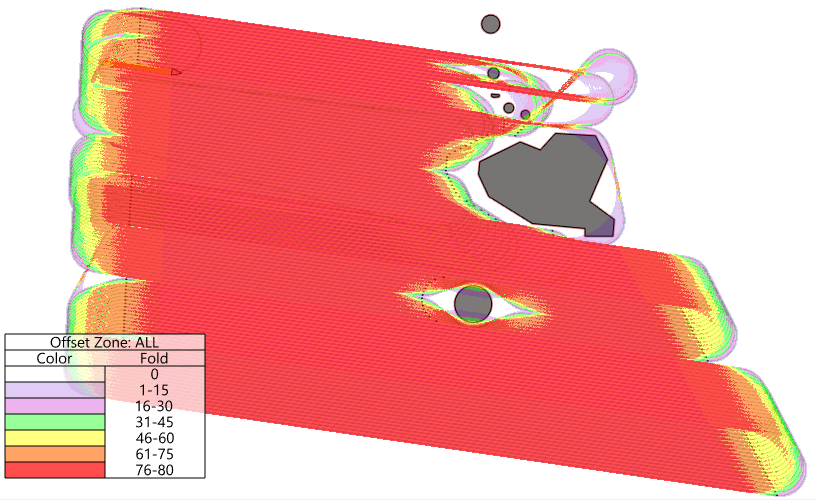 SurvOPT can now calculate fold statistics within any selected polygonal object, or within the preplot outline. The polygon can be selected on the Fold Statistics tab of the Fold Configuration dialog. If a survey polygon object is available for your project, we recommend using this in most cases.

Additionally, the Nominal Full Fold (NFF) Bins statistics are now available as a count of bins in addition to the existing percentage values. 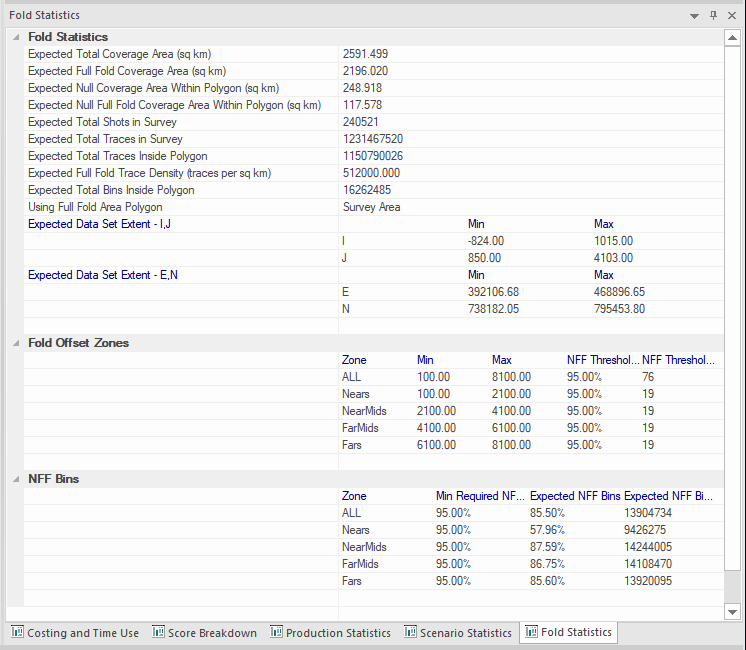 When generating a fold map, optionally output CSV files containing the location of the source, receiver, midpoint and offset distance for each hit. This data can be handy for use in other applications.