Receiver tasks and shot tasks can now be exported to CSV format. These new export options are available in the File menu.

For shot tasks, columns exported are:

For receiver tasks, columns exported are: 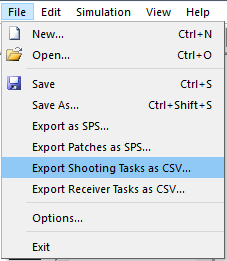 Multirole vessel speeds and other properties can now be configured separately for the vessel’s receiver tasks and the vessel’s shot tasks.

The vessel’s Cost Per Day applies at all times, regardless of whether the vessel is working with receivers or shooting.

Import a source area from a polygon

Source locations can now be defined by importing a polygon. File format is the same as receiver polygon file format:

SFP will generate source lines within the polygon according to specified properties, such as line spacing and azimuth.

This new source location option is available on the Templates tab of the Survey Parameters dialog, and adds to the three existing options: Generate source lines based on reciver-source offsets, import source lines from a file, and generate source lines in patterns relative to specific receiver lines.

A progress bar is now displayed while a survey is being generated. The progress bar provides helpful information regarding the steps that SFP is following, particularly on large/complex surveys that may take some time to build. 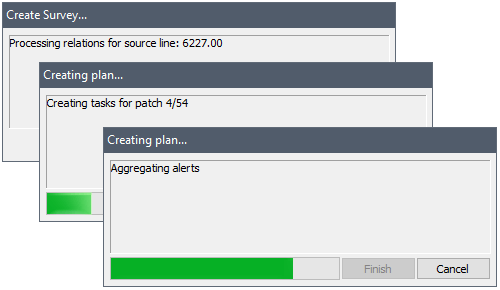 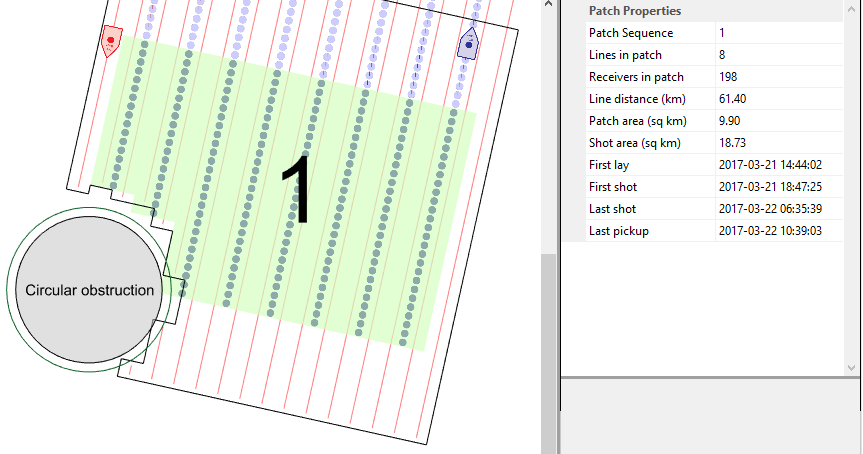