Seafloor Planner can now correctly handle project CRSes in feet, and other non-meter units of measurement. This means you can now:

To set up a project that uses easting and northing coordinates in feet, simply select the appropriate CRS on the Projection And Date tab of the Survey Parameters dialog.

All inputs other than easting and northing coordinates must be in metres. 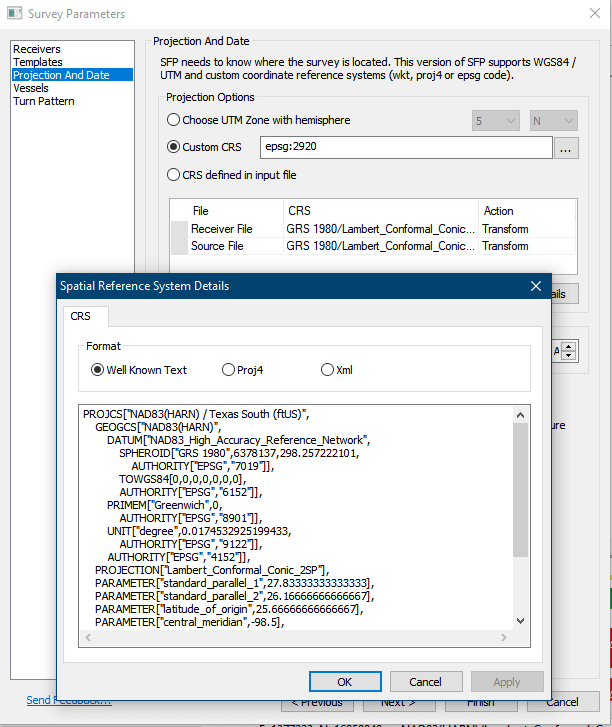 Get an overview of expected survey progress at regular intervals throughout the survey plan, using the periodic report CSV export.

The export covers key statistics such as percent complete, receivers down, and cost information, with and without downtime. The exported data can then be used for further analysis, for example to create charts in Excel.

Run the export from: File > Export Periodic Report as CSV.

Laying and collecting in full lines is often more efficient and for many surveys, it will result in a shorter overall duration. However, in some surveys, it may impact battery life and/or increase the number of receivers required to complete the survey, as some receivers may be deployed for longer than they would otherwise need to be. 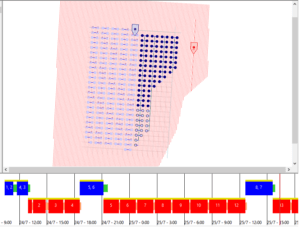 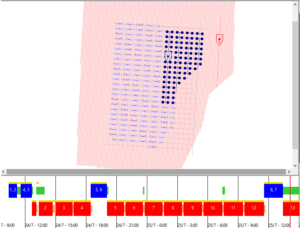